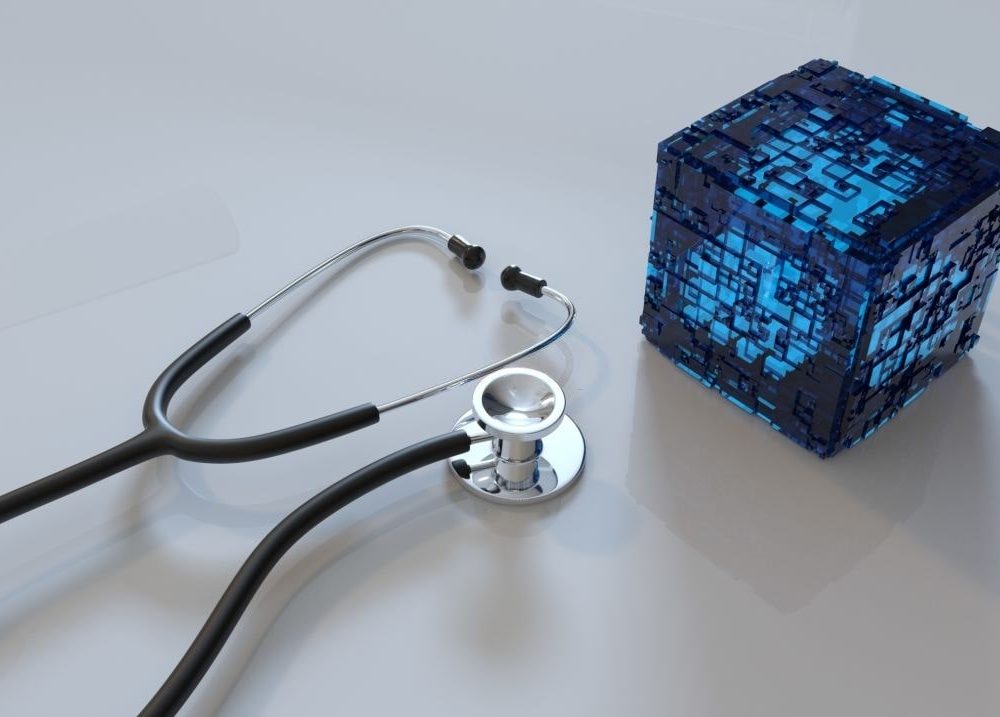 Blockchain is becoming an increasingly popular topic in healthcare. This is part one of a three-part series aimed at helping you understand what Blockchain is, what its benefits and downfalls are for healthcare, and where it fits into your technology stack.

A blockchain is a decentralized, permanent record of online transactions and exchanges. It entered the market in 2009 as the foundation for trading the digital currency, bitcoin. Blockchain technology is meant to be ultra-secure.

At first glance, blockchain seems like a database with built-in transaction validation. While this is correct, the unique piece to the blockchain is that the ledger is not stored in any master or location. Rather, it is distributed across multiple computers at the same time in such a way that anybody can maintain a copy of it. No one person controls the blockchain or has any master say over what gets put in / taken out. It’s totally distributed in ownership and so inherently honest. This serves as a fundamental part of the validation system copies of the database have to exist on every miner/node.

More importantly, the block validation system ensures that no one can tamper with records. Old records are preserved forever while new records are added to the ledger irreversibly.

Each block ensures validity because the unique hash used to identify the block is built on the hash of the previous block. If a block’s hash tampered with everyone would know.

What Blockchain Promises for Healthcare

Because a hallmark of blockchain systems is strong data integrity, once information on the blockchain is recorded and confirmed by nodes on the network, it is nearly impossible to modify or erase.

Healthcare has two approaches to take if Blockchain was ever to be implemented. The first option is to build a private Blockchain system among a trusted set of parties. The other option is to anchor data to the public blockchain. This would help verify the integrity and timestamp of any data, file, or business process. While this seems like a minor technological advancement, it can have wide-reaching benefits across the healthcare system including:

To date, interest in blockchain is largely from the financial sector. R3Cev is a grouping of 45 member banks that work together to develop the use of technology in the financial sector. A similar grouping could be formed in healthcare with insurance companies and other key players. Doing so would create the opportunity to improve standards for managing healthcare records, insurance claims, and patient data.

This new technology would allow small-mid sized companies to get a leg up on the competition, especially as healthcare orgs look to modernize infrastructure within their organizations. Blockchain combined with secure cloud computing technology may be sufficient to have a meaningful impact on the healthcare industry.

The Downfalls of Blockchain for Healthcare

Blockchain technology seems incredibly promising for healthcare. However, it is not without its downfalls. We are only now beginning to experience the shift from theory to practice in healthcare with blockchain. Big healthcare players are getting involved and now we are wondering, what could go wrong?

While there are many apparent benefits to switching to a blockchain system, there are still some major pitfalls. Blockchain vendors want customers locked into their platform. This puts too much reliance on the vendor and leaves the consumer virtually powerless over the data and the cost. This also creates the risk of building new data silos where customers rent access from vendors. It’s probably better to wait for large software vendors to adopt the technology than to try to build out new infrastructure from scratch in this case.

People are very excited about Blockchain technology. The smartest thing you can do is be skeptical and ask the hard questions when comparing the new technology against other options. Keep in mind many analysts and professional experts are issuing overly optimistic reports in an effort to make their mark on the industry. Betting on technology before it’s ready is a dangerous game. There is huge potential for innovation with Blockchain but you’ll want to look at options objectively. Especially when you consider tokenized platforms such as Ethereum, which have an incentive to hype the technology to increase the value of their token.

Healthcare technology moves slowly. This is largely because there are high consequences for failure. People’s lives are on the line with every decision made in healthcare. The pressure to keep patient information safe increases the need and desire for many organizations to use proven technology. Most blockchain technology is experimental and untested. We have yet to see it exist in a production environment.

Enabling patients to manage their healthcare data is not only risky but also costly. Training consumers on the proper use of blockchain would likely be overwhelmingly costly for many organizations. If not used properly, information has a higher likelihood of being lost or stolen. We also have to consider the risk of a patient becoming incapacitated. If emergency workers need to gain access to the health records without a patient’s permission, this creates the need for an alternative access method. This alternative access method creates a backdoor security risk.

Like many emerging technologies in healthcare, the adoption of blockchain will take time. Despite its downfalls, blockchain may be the answer healthcare is looking for. In the meantime, share your thoughts with us on Twitter @cloudmine.